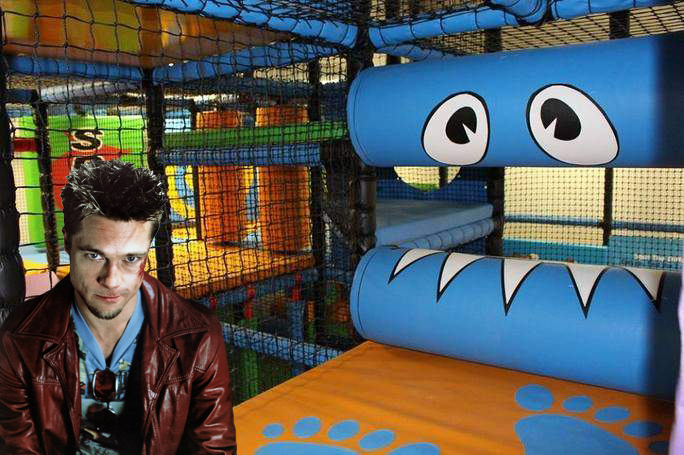 The first rule of Soft Play is… You don’t go to soft play when it’s raining.

The second rule of Soft Play is… You don’t go to soft play when it’s raining.

The third rule of… You get the idea.

Now, the new parents among you may be thinking “what’s the big deal? It’s just soft play!” For the more experienced parents out there you’ll  know that there has never been a more frightening combination of two harmless words. Many of you probably broke out in a cold sweat just reading the title. You’re not alone guys, I just had my third cold sweat since starting this post.

Believe it or not, soft play can actually be a really fun and rewarding experience for the whole family. BUT, it can just as easily be about is much fun as Mike Tyson giving you a root canal so here are my top ‘dad rules ok’ for soft play survival, ignore them at your peril.

And there you have it. The path to soft play enlightenment. If you have any survival suggestions please let me know, we’re stronger together. *fist emoji*